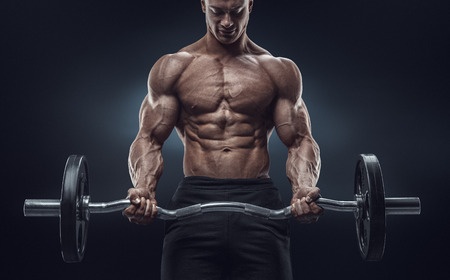 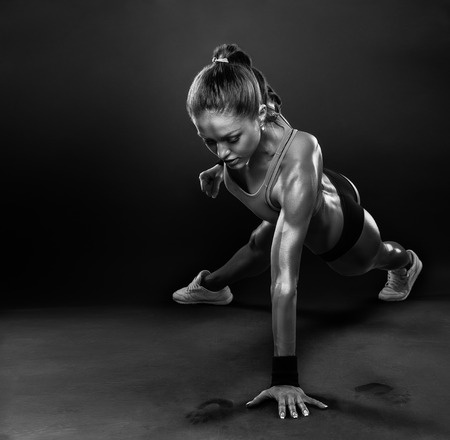 I call these my Metabolic Supersets! Essentially, you’ll perform as many reps of an exercise as possible in a given time frame and then immediately move onto the next exercise. I’ve created different styles of Metabolic Supersets including Foundation Building SuperSets, Fat Incinerating Full Body SuperSets, Defining SuperSets and Strength/Cardio Supersets Today we will be focusing on Fat Incinerating Giant SuperSets These will have you doing four exercises in a row and will involve a push movement, a pull movement, a press movement, and a core movement. For these you’ll be doing all upper body exercises plus your core move or all lower body exercises plus your core move. This allows you to really focus in on one half of the body, bringing yourself to a maximum state of fatigue. This gives these supersets supreme endurance boosting capabilities. This Metabolic SuperSet set up will allow you to burn calories while building strength endurance and power. It’s a short high intensity but effective workout. Today I will share 2 Giant SuperSets with you. One a regular superset using equipment and the other bodyweight only Fat Incinerating Giant Metabolic Supersets Instructions: Perform 55 seconds of work followed by 5 second rest of each exercise one after the other for 3 rounds – rest for 2 minutes and repeat for the other superset Total Time = 30 minutes Make sure you warm up before and stretch after this workout Metabolic SuperSet #1 Metabolic Bodyweight SuperSet #2 If you like this workout then you can get access to Metabolic SuperSets program and more when you join Funk Roberts Fitness University for just $1
WORKOUT DESCRIPTION 10 Exercise Circuit – 45-15 Intervals Complete 3 Full Rounds with 2 minute Rest between rounds- 36 Minutes Set Gymboss Timer to perform each exercise for 45 seconds of work followed by 15 seconds rest. You will complete as many reps as you can with good form. Make sure you move rapidly through the reps 45-15 Interval – 3 Rounds with 2 Minute rests in between. 1. Barbell Deadlifts — 225lbs 2. Parallel Dips 3. Dumbbell Chest Press — 70lbs 4. Renegade Rows — 30lbs 5. Dumbbell Shoulder Press (Neutral Grip) 6. Pull-ups/Chin ups 7. Dumbbell Push Ups 8. Barbell Bent Over Rows 9. Plate Press Outs — 35lbs 10. Seated Rows — 110Lbs